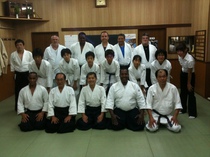 ﻿﻿Aikikai International, Inc. strives to be, first of all, committed to O'Sensei's vision that peace is better than war, that love is better than hate.  In O'Sensei's shadow of dynamism, we invite people of all backgrounds, male and female, to join us on our quest to find peace within ourselves, and in the greater challenge to promote peace in the world.  To accomplish this feat while having fun on the mat and developing life-long friendships is a gift that O'Sensei left the world. 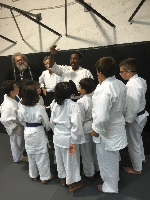 Aikido is in essence, self-defense with a conscience.  Do you want to learn how to protect yourself and your loved ones without losing your sense of inner peace? Peaceful people need protection too! Try Aikido, a non-aggressive self-defense martial art that helps you acquire balance, control and center when others would simply panic. 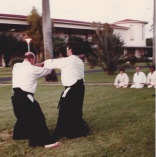 Over the years, Ferguson Sensei has attracted diverse students from all walks of life and from many different countries who develop and build life-long friendships.  Ferguson Sensei and his instructors have emphasized the safety and protection of ukes in every class since the dojo's founding in 1992.