Since 1982, Chief Instructor/Dojo-cho, Troy D. Ferguson, 5th degree black belt, has studied and practiced Aikido under the auspices of various direct students of O'Sensei and their senior students.  Ferguson Sensei founded Aikikai International, Inc. in 1992 upon the advice and with the support of Terry Dobson Sensei, whom he had the privilege to meet just prior to Dobson Sensei's passing away.  Dobson Sensei was one of the earliest American practitioners of Aikido who lived as an uchideshi or live-in student of O'sensei at the Aikikai Hombu dojo in Tokyo, Japan in the 1960s.  Dobson Sensei appears in the rare 1962 film taking ukemi for O'Sensei.

Ferguson Sensei previously trained in both Shotokan karate and Kodokan judo.  He does not teach Aikido for a living and is an accomplished trial and appellate attorney, and he specializes in federal criminal defense, commercial litigation and personal injury cases.  http://www.lawofficesoftroydfergusonpa.com 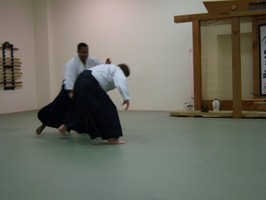 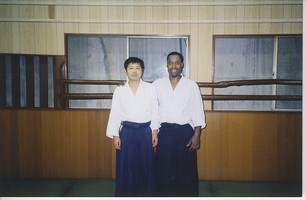 Ferguson Sensei with Ishikawa Sensei, his dear friend and the head of the Osaka-based Misasagi-kai Aikido Federation in Osaka in 2004 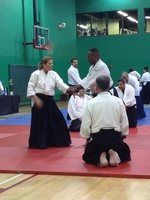 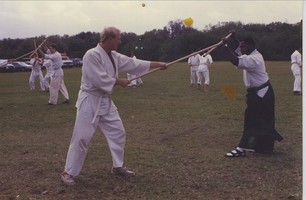 Ferguson Sensei in 1993 under the direction of Pat Hendricks Sensei