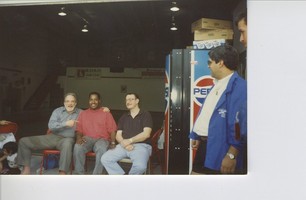 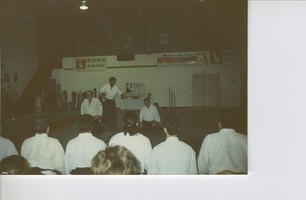 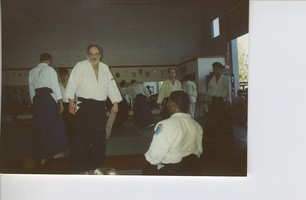 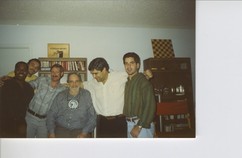 Dobson Sensei spoke very highly of Mary Heiny Sensei, 6th dan, and Pat Hendricks Sensei, 7th dan, and believed that they were Aikido's future.  He invited the Florida Aikido community to welcome Senseis Heiny and Hendricks and to build relationships with them.  In 1993, Ferguson Sensei separately met Senseis Heiny and Hendricks, was profoundly affected by his experiences with them and became their student.  In May 1993, Ferguson Sensei hosted Hendricks Sensei's first seminar in Miami.  In November 1993, he held Heiny Sensei's first seminar in Miami.  Both teachers have influenced Ferguson Sensei over the years, and he remains especially grateful for their patience and kindness.

For more information, please email tdffergusonlaw@bellsouth.net or leave a message at (305) 632-3075 and someone will call you back.